One of the main attractions for our visitors to North Berwick is the proximity to the beach. Williamstone Farm Steadings situated on the very West edge of the town is only a short 10-minute walk to West Bay. This beach though is only part of the story and a multitude of golden sand, rock pools, hidden harbours and secret coves are situated nearby. With this in mind I thought I might highlight our own top five to assist our guests to explore the local sea front and as always encourage any feedback or recommendations for future visitors. 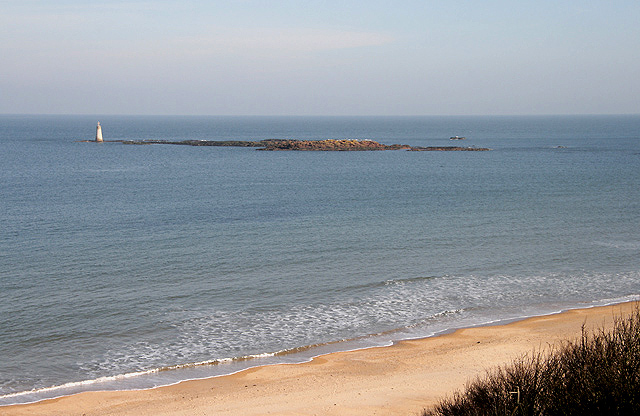 © Walter Baxter and licensed for reuse under this Creative Commons Licence

This beautiful beach is a genuine hidden gem. It lies in a remote part of East Lothian at the mouth of the Firth of Forth. The beach is in private ownership and there is a small charge to access the narrow track leading to the car park.

From the parking area a narrow path winds down to the beach. Once here, most visitors would agree that the entrance fee is a price worth paying. The beach offers a wide stretch of clean, golden sand and plenty of interesting ruins. The views are quite simply breath taking.

Notable features include Bass Rock which rises spectacularly out of the sea immediately opposite the beach. Behind the beach, hidden amongst the trees, lie the ruins of 18th century Seacliff House which was destroyed by fire in 1907. The house façade remains. Various outbuildings belonging to the house were used as a secret naval base during the First World War.

Hidden in the dense woodland behind the beach it might be possible to make out the remains of 16th century Auldhame Castle.

The beach has an amazing, tiny harbour, said to be the smallest in the entire United Kingdom. It was carved out of the sandstone rock and is a fine example of late 19th century engineering. The harbour, which hardly has room for more than three small boats, is accessed via a narrow channel; also well worth taking a look at. Beyond the harbour lie the magnificent ruins of Tantallon Castle, perched on top of the cliffs.

The beach is used by surfers, dog walkers, riders and local families. It makes an ideal spot for a day out and maybe a picnic. Children will love playing in the sand and hunting for marine wildlife in the rockpools. 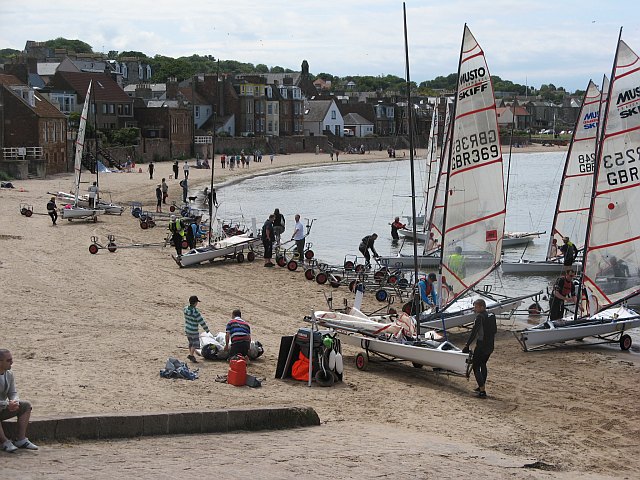 © Richard Webb and licensed for reuse under this Creative Commons Licence

West Bay is a sandy beach close to the seaside town of North Berwick. It has excellent views over the Firth of Forth, 12th Century North Berwick Harbour and Craigleth and Bass Rocks, both of which are about a mile from the coast. It is ideal for paddling, sun bathing, walking and picnics. Behind the beach there is a putting green and the North Berwick Golf Club is found to the west of the beach.

There is plenty of roadside parking near to the beach along Beach Road, with access to the beach via a short path over the putting green.

The picturesque harbour sits at the eastern end of the beach. Here you will also find the Scottish Seabird Centre, which provides information about wildlife in the area. It is possible to take boat trips out to the seabird sanctuary on Bass Rock.

North Berwick town centre has plenty of shops, restaurants and pubs. A regular train to and from Edinburgh runs from nearby North Berwick Station. 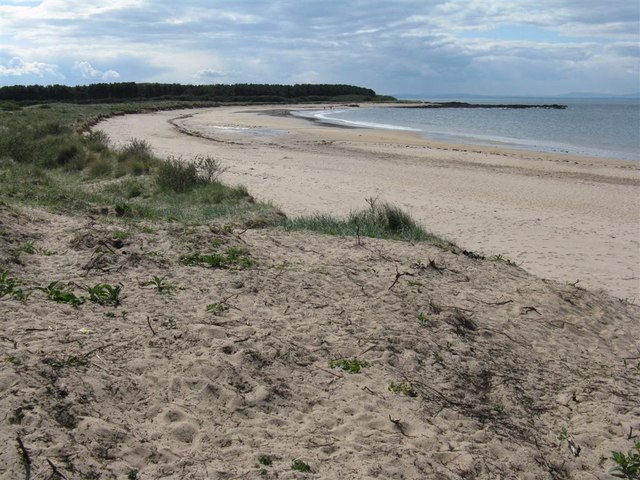 Yellowcraig, less commonly known as Broad Sands Bay, is a sandy beach surrounded by forest and grassland. The natural beach affords visitors lovely views out to Fidra Island and its lighthouse built in 1885. Fidra Island is most famously known as the inspiration for Robert Louis Stevenson’s Treasure Island.

Yellowcraig is a popular family beach and offers activities to suit family members of all ages. There is a pirate themed adventure play area and an expansive network of paths running through the surrounding woodland and grasslands.

There is no cafe or restaurant on the beach itself, so many visitors bring picnics or use the provided BBQ area, which needs to be booked in advance. For visitors planning on bringing dogs there is a dog walk located away from the beach where dog bins are provided.

The nearby town of Dirleton is within easy walking distance of Yellowcraigs. The town’s shops, pubs and restaurants are popular with visitors as is the historic Dirleton Castle, built in the 13th century. 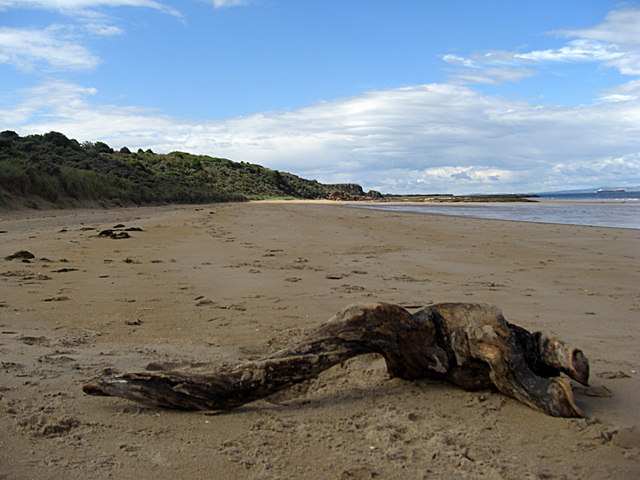 © michael ely and licensed for reuse under this Creative Commons Licence

The town of Gullane in East Lothian is best known for its golf courses, however it also boasts a magnificent sandy beach with excellent views out onto the Firth of Forth. The beach is popular for windsurfing and kite flying when the weather is windy, and for picnics, family days out and sand castle building on warm, sunny days.

There are plenty of places to walk in the area including a path behind the beach which leads through the sand dunes. To the west, visitors can walk to Gullane Point from where there are spectacular views over Gullane Bay and The Firth of Forth beyond.

Pay-for parking is provided at Gullane Bents, from which the beach is accessed down a short path.

The nearby town of Gullane has numerous shops, pubs, restaurants. 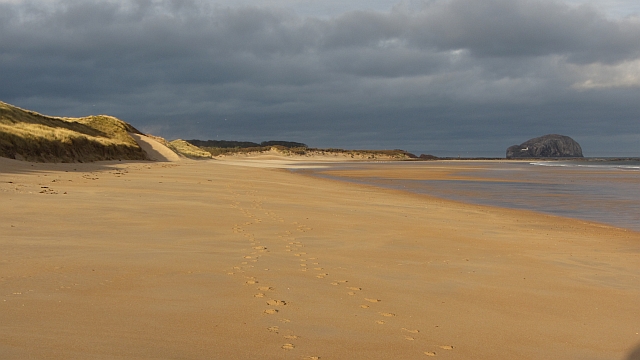 © Richard Webb and licensed for reuse under this Creative Commons Licence

A long sandy beach, one of the finest in the South of Scotland. Perfect for extended dog walking, exploring, picnics and Sunday morning strolls to blow the cobwebs away.

What are you looking for?